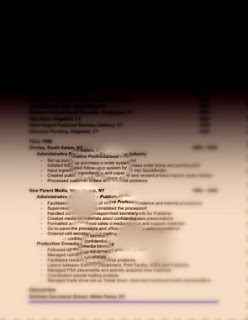 My first phantom job occurred at an ad agency and lasted as long as a pregnancy. During the final trimester, I spent my days practicing Lamaze breathing, while doing the doggy paddle in the deep end of the secretarial pool.

After several near drownings and a diagnosis of water on the knee, I escaped the secretarial pool and started my treacherous journey upstream, swimming against a choppy HR current stuffed with schools of pseudo glamour gal fish heads with pond silt on the brain. 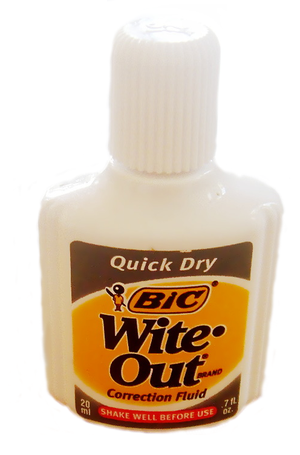 Image via Wikipedia
When I finally washed ashore onto the account executive shoreline, uh, er, department, I sat behind a desk with a Selectric Typewriter, now a rare artifact displayed in the Smithsonian Secretarial Museum.
In the pre tech dark ages, when computers were evil and only existed in movies, i.e., Hal in 2001: A Space Odyssey, the Selectric typewriter served office Cro-Magnon man’s needs, along with carbon paper, and Wite-Out/correction tape used to cover up mistakes, or unwanted wordage, before the invention of the delete key.
My assignment: to work for two account men, one, who was the son of Captain Kangaroo, the other just a son, although I could be wrong. After several hours of hacking away at the keys, I discovered that I couldn’t type, or rather hit the right keys under pressure.

I was a nervous type, with a penchant for puns, and made countless typos, which required copious amounts of Wite-Out that turned boring interoffice memos into works of art. My proclivity for mistypes, missed mistakes, and raised Braille lettered words layered with Wite-Out led to a meeting with Herr Human Resource Director, or the sour kraut, and resulted in my eventual dismissal.

I sat across from Herr HR Director in an elementary school size chair that stood two feet below the desk, and listened to Herr words float above my head, while staring at her knobby German knees.

“Ve have scheduled you for elimination,” she said.

“Is there anything I can do to change your mind?”

“You’re dead. Dead. I tell you,” she screamed while rising from her chair, as if possessed by a demon, or not. It was irrelevant. All that mattered. I got the hint and left.

The door slammed behind me, echoing like a gunshot. “I’ve been hit,” I gasped, and slumped against an empty desk, once occupied by another victim of Herr HR’s firing squad, then I staggered down the hall, trying to stem the bleeding to my ego caused by the fatal shot. The pain of old and new puss bearing failures throbbed in my Id. For several weeks, my brain ached from the loss that left a black hole at the top of my resume.

I plugged the hole quickly by accepting a secretarial job in the A&R (Artist & Repertoire) Department of Columbia Records, working for Producer Paul Aktinson, lead guitarist of the 60s band The Zombies. More on that later.

This week’s Red Writ­ing Hood assign­ment: to write — fic­tion or non-fiction — about a time when you took a detour. Where had you intended to go and where did you end up?