posted in Cultural Satire on December 26, 2009 by Lauren

Two out of three squirrels prefer Christmas lights to nuts. 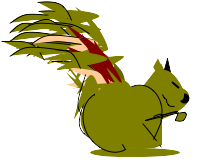 Bruce McCormack, general manager of Downtown Fredericton, in New Brunswick, Canada, where the squirrels feast on the festival of lights, explained the problem to a CBC News correspondent.

“They seem to be very, very hungry and they like plastic and they like the LED lights and that’s all. We just can’t fight them anymore.”

As if a squirrel munching on Christmas lights isn’t enough to make you scratch your head, in Mr. McCormack’s continuing observation of the furry filament feeders, he discovered that the squirrels have an aversion to the red LED lights. 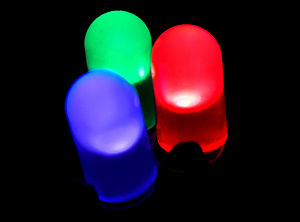 “It’s fun to watch the squirrels. They’ll come out … and they go up and they perch themselves in that tree and they gnaw away at the lights — but not the red ones.”

Apparently, the city tried to save the lights, as well as to cure the squirrels of their eating disorder, by ordering larger bulbs, assuming that the squirrels would have no interest in eating anything four-times the size of a nut. Well, they were wrong. The squirrels love them. And so now I ask. Who and/or what are the real nuts here?

In a final note, the squirrel images you see were created in Microsoft Word by using different shapes and then grouping them together. Okay. Maybe I do have too much time on my hands, but I think it looks pretty cool. What do you think — too much time or pretty cool?