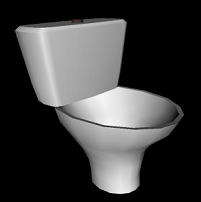 Sick as a dog, while the dogs played.

I’ll get back to Sean Hannity later.

I didn’t post yesterday because I spent most of the afternoon situated within sprinting distance of a toilet. God’s way of getting back at me for posting the previous toilet piece.

As you may or may not know, I am not a big fan of housework. Interestingly, after vacuuming two rooms and the hall that lies between them, I started feeling nausious. Coincidence? I nary had time to ponder the notion before I was off and running to the nearest toilet on the second floor.

After several minutes of generously giving back that which I had ingested earlier, I felt like I had done a night of drinking without enjoying the benefits of inebriation. For twenty-minutes or so, I stared into the mouth of the bowl, before getting up to cleanse my mouth with the fresh, minty taste of Listerine. An unprompted endorsement.

Feeling somewhat better, I ventured downstairs to look for my husband, who was planted on the couch in front of the T.V., where I can usually find him. Before joining him, I grabbed a ginger ale to help sooth my still unsettled stomach that unbeknownst to me, was on the verge of a 10-point eruption.

When I sat down, my husband asked, “Is there any thing I can do?” to which I replied, in my most morose tone, albeit a bit dramatic, “I don’t think so.” With chin pointed downward, staring listlessly at the television, I watched my husband switch channels, until he left the remote control firmly set on Hannity on Fox.

Now, my husband and I sit on different sides of the aisle. I am a moderate Democrat and he is an Independent, leaning Republican, who also to my dismay, occasionally likes to watch Fox. Not being in any mood for an argument on the harmful effects of watching Fox television, I continued staring at Hannity’s smug mug and flapping gums, while my stomach was gearing up for a rather forceful rebuke. 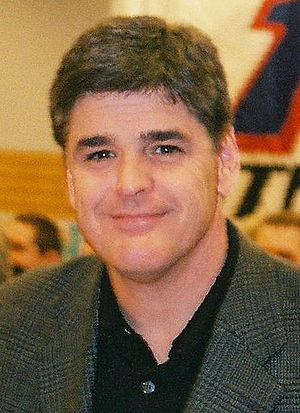 Five-minutes later, my stomach and I had had enough, and I was off and running to the bathroom by the family room.

This time, I lingered in the bathroom for twenty-five minutes, only getting up occasionally to rinse my mouth and wash my face.

When I finally emerged, my husband was gone. Likely, the sounds emanating from therein had sent him scurrying from the room.

I found him upstairs watching television in our bedroom. I never need a map to find him.

“But throwing up isn’t a spectator sport,” he replied in my slightly embellished prose. “Is there anything else I can do for you?”

“I don’t think so,” I said, and headed for the bathroom, turned on the fan, and shut the door.

I had no idea it wasn’t socially acceptable to request company, while in the throes of throwing up. This was a question for Miss Manners, who would surely know the finer points of retching etiquette.

13 Comments → I got sick while watching Hannity on Fox. Really!